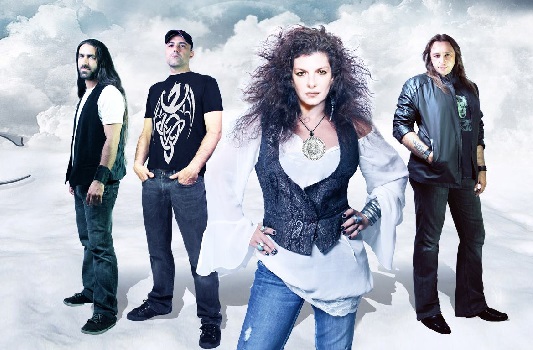 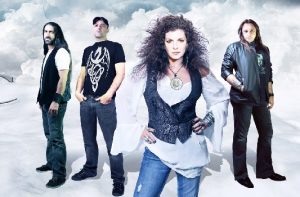 Female Fronted rock band EPIC released their debut album “Like A Phoenix” just before the end of 2015. After only one spin we decided to choose this masterpiece to become LAZY ROCKER ALBUM OF THE MONTH FEBRUARY 2016! It even got better for EPIC in April: “Like A Phoenix” got a worldwide release by the internationally renowned rock label ESCAPE Music. You now can find the album through large online services like iTunes, Amazon, etc…
EPIC will be playing in Germany this coming weekend and finishing their stay in Europe with a visit to The LOES FM Studios in Echt, The Netherlands, to join The Lazy Rocker Radio Show. Besides promoting “Like A Phoenix” the band will of course discuss the past, present and the future!
The Lazy Rocker Radio Show is broadcasted live every Sunday from 20.00 to 22.00 hrs CET via LOES FM. For live internet stream go to www.shoutcast.com, search for ‘LOES FM’ and hit the play button. Other internet stream can be found at the station’s website http://www.loesfm.nl (Google Chrome requires the Windows Media Player). The show is repeated on Thursday from 22.00 to 00.00 hrs CET.
EPIC was founded by Canadian songwriter/vocalist Tanya Rizkala and guitarist Mario Agostine some years ago with both musicians contributing their own songs, resulting in the band’s debut “Like A Phoenix”. The album delivers 10 punchy melodic hard rockin’ tracks inspired by the classic era yet with a modern sound. So do not be fooled by their name or the album’s artwork. EPIC is not to be compared to bands like Within Temptation or Evanscence.
This power quartet is drawing on years of experience and musicianship and playing in international venues and large arenas alongside some of the legends of rock. They are well-known for their hard-driving energy and Mario’s melodic guitar-driven grooves, which along with Tanya’s powerful vocal range, and a “rock-solid” rhythm section with “Sous” on drums and Mike on Bass, thrills rock-loving audiences.
“Like A Phoenix” is a rocking, melodic guitar driven album with some great riffs / solos accompanying the stellar lead vocals of Tanya Rizkala. There’s a rock-solid rhythm section as well, with the bass delivering a true ‘bass guitar’ set of grooves. This is modern hard rock yet with all the vibe of Eighties / early Nineties female-fronted bands in this style, leaning more for the ‘rocking’ side of the genre. Think Jackie Bodimead (If Only), the first Lee Aaron or the recently appeared Nubian Rose.
The album can be found on all Digital Distribution networks and retailers, including iTunes, CD Baby, Amazon, etc. as well as local Virgin Megastores outlets. 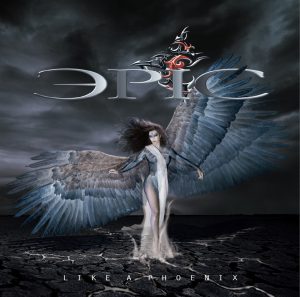